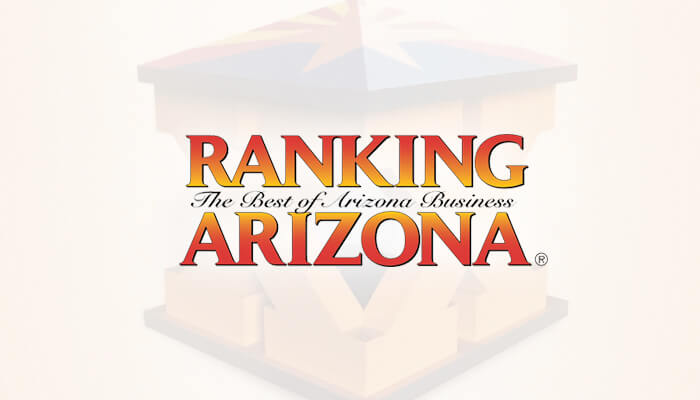 Engelman Berger was ranked the #3 Law Firm for Creditors Rights, Bankruptcy/Reorganization for 2017 in Ranking Arizona, up from #9 the year before. This year’s publication represents the 20th anniversary edition of the annual publication presented by AZ Big Media. Ranking Arizona is the result of the largest business opinion poll in Arizona. About 3 million votes were cast for the more than 20,000 businesses competing in over 200 categories.

Engelman Berger was additionally recognized by being ranked the #6 Law Firm with 20 Attorneys or Fewer; and Founding Shareholder, Steven Berger, was listed as one of Arizona’s Top 100 Lawyers of 2017. 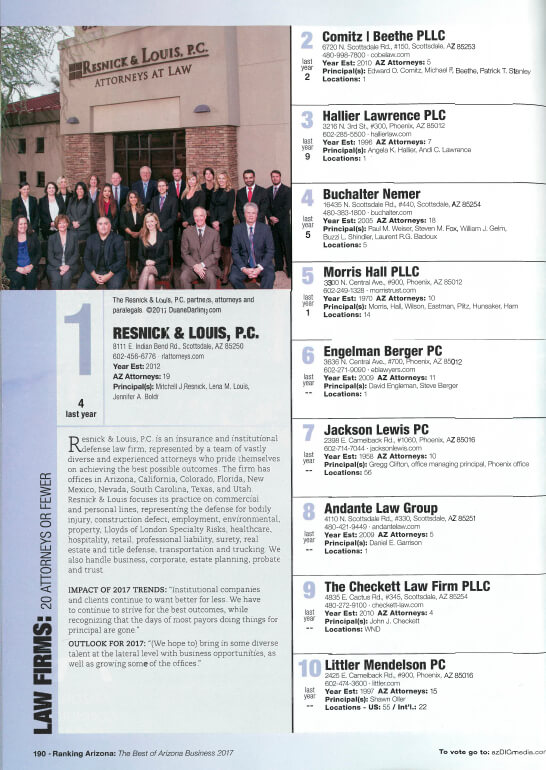 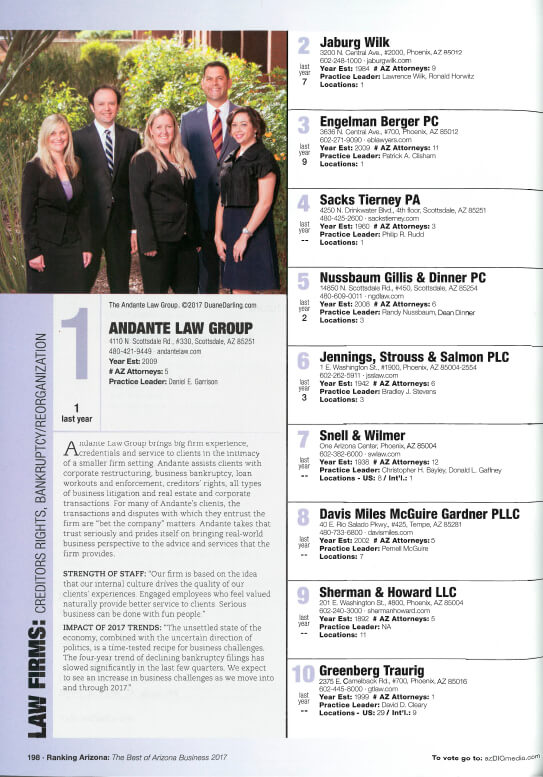