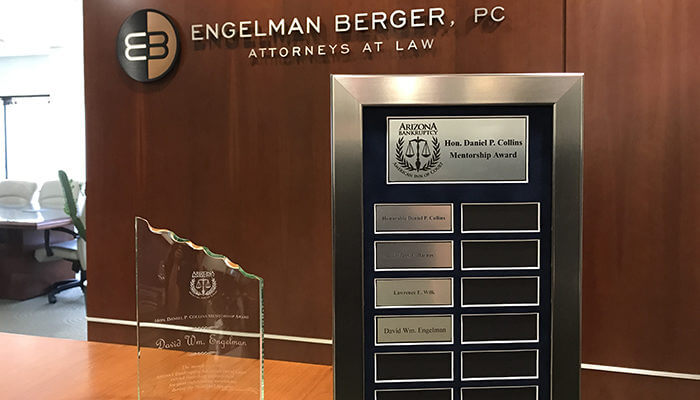 David Engelman has been awarded the Hon. Daniel P. Collins Mentorship Award by the Arizona Bankruptcy American Inn of Court for his outstanding mentorship during the 2016-2017 Inn year. David is the fourth recipient of this award which was first awarded to the Honorable Daniel P. Collins. David was presented with the award on May 11th by Larry Wilk, who is not only a previous recipient of this award, but was also mentored by David earlier in his career.

David has been recognized for his commitment to public service many times throughout his career. He has received volunteer and pro bono awards from the Arizona Bar Foundation, the Volunteer Lawyers Program, and the Arizona Supreme Court. Most recently, David was elected to the Board of Governors of the Arizona State Bar.