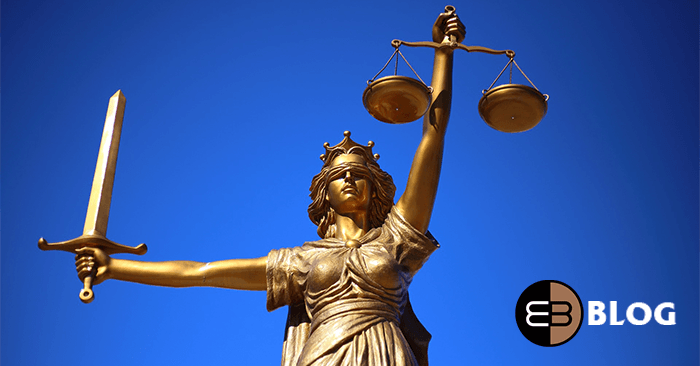 In Monroe v. Arizona Acreage LLC, No. 1 CA-CV 18-0476, 2019 WL 2134794 (Ariz. Ct. App. May 16, 2019), the Arizona Court of Appeals implied that under certain circumstances a general continuing guaranty executed outside the state may be governed by a four year statute of limitations under A.R.S. § 12-544(3), even if the underlying obligation is subject to a six year statute of limitations under A.R.S. § 47-3118. In light of this opinion, counsel for guarantors should consider whether their client’s guaranty was (1) executed out of state, (2) a general, rather than a specific, guaranty and/or executed by a non-owner, and (3) whether more than four years has elapsed since its execution. If the answers to these questions are each “yes,” then Monroe suggests that you may have a meritorious statute of limitations defense.

Two different limited liability companies executed separate promissory notes in favor of multiple lenders in order to develop several acres of land in Mohave County. Both notes were secured by deeds of trust on the land, and personally guaranteed by the same developer. The notes, deeds of trust, and personal guaranties were all executed in Nevada. The borrowers stopped making payments on the notes in June 2008, and in June of 2014, the investors filed two class action lawsuits. The Court entered judgments against the borrowers and guarantor, which they appealed.

Among other issues, on appeal the borrowers and guarantor argued that the promissory notes and guaranties were subject to a four year statute of limitations under A.R.S. § 12-544(3), and that therefore the investors’ actions—brought nearly six years after the default—were time-barred. A.R.S. § 12-544(3) states (with emphasis added):

There shall be commenced and prosecuted within four years after the cause of action accrues, and not afterward, the following actions:

The investors countered that the notes and guaranties are actually governed by the UCC’s six year limitation for negotiable instruments, found in A.R.S. § 47-3118(A):

Both parties agreed with the maxim that a specific statute of limitations shall prevail over a competing general statute, but disagreed as to which statute is specific and which is general. The Court ultimately sided with the investors, reasoning that A.R.S. § 47-3118(A) is the more recent statute (enacted almost 70 years after § 12-544), that its application to negotiable instruments is more specific than § 12-544’s application to instruments generally, and that this approach is more consistent with the policy purpose of the UCC to create uniformity in commercial transactions. Accordingly, the Court unambiguously held that A.R.S. § 47-3118(A) governs the notes and deeds of trusts, notwithstanding the fact that they were executed out of state.

Personal guaranties, however, are not negotiable instruments, and therefore required another layer of analysis. The Court first observed that, in Arizona, guaranty agreements are “contracts separate from their related instruments” and are generally not subject to the U.C.C. Monroe, 2019 WL 2134794 at 5. However, the Court went on to create an exception to this rule where the borrower is an entity owned by the guarantor and where the guaranty is a “specific” guaranty that obligates the guarantor “to repay only the debts of the particular promissory notes.” Id. Finding that the given facts presented such a situation, the Court held that the statute of limitations for the guaranties would be governed by the U.C.C. and track the six year limitations period for the underlying notes.

It should be noted that the decision appears to be based on the Court’s view that it would be “illogical” for a personal guaranty to expire earlier than the underlying obligation. Although the merits of this practical approach are readily apparent, the Court did not root this conclusion in statutory authority or precedent. The plain language of neither A.R.S. § 12-544 nor § 47-3118 contemplate any such exception, and the sole case cited by the Court to support its distinction between specific and general guaranties in this context – Consolidated Roofing & Supply Co., Inc. v. Grimm, 140 Ariz. 452, 682 P.2d 457 (App. 1984) – relied on prior provisions of the U.C.C. that have since been repealed. Nonetheless, the Court’s decision results in a clear rule that out-of-state “specific” guaranties that are executed by the borrower’s owner are subject to A.R.S. § 47-3118, not § 12-544.

The implication of this rule is that a guaranty will be subject to the four year limitation of A.R.S. § 12-544 in circumstances where (i) the out-of-state guaranty is not a specific guaranty but merely a general continuing guaranty, or (ii) the guaranty is not executed by the borrower’s owner. Accordingly, this decision potentially has significant ramifications for lenders and guarantors alike, albeit in narrow circumstances where the guaranty is executed outside the state but being enforced in Arizona.

Lenders and their counsel generally assume a six year limitation applies to all contracts, and likely will not think to analyze whether they need to bring suit within four years. It is also relatively common for lenders to rely on a single general continuing guaranty executed at the start of the lending relationship that is designed to apply to any and all current and future indebtedness of the borrower, rather than to have the guarantor execute a fresh guaranty specifically identifying the underlying obligations each time a new loan is made. Therefore, if you are counsel for a guarantor being sued on their personal guaranty, you should determine:

(1) Was the guaranty executed out of state?

(2) Has four years lapsed since the breach?

If the answer to both 1 and 2 are yes, then you should also determine:

(3) Is it a specific guaranty?

(4) Is your client an owner of the borrower?

If either 3 or 4 are no, then you may have a meritorious argument pursuant to A.R.S. § 12-544 and Monroe that the case should be dismissed.

If you are a lender, the Monroe decision simply reinforces the need to follow, or at minimum deliberately consider, certain standard provisions and lending practices for your form guaranties, such as: