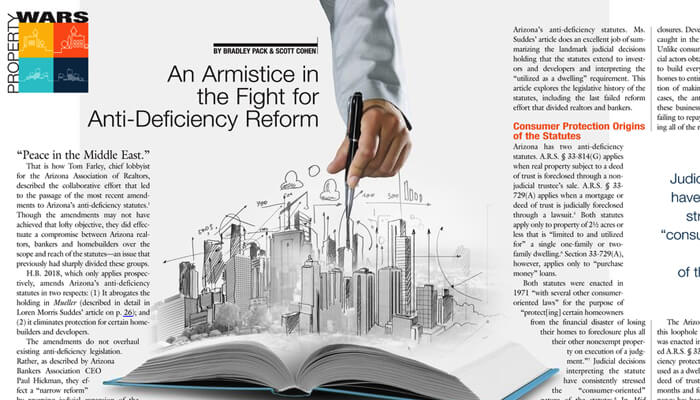 “Peace in the Middle East.” That is how Tom Farley, chief lobbyist for the Arizona Association of Realtors, described the collaborative effort that led to the passage of the most recent amendments to Arizona’s anti-deficiency statutes.1 Though the amendments may not have achieved that lofty objective, they did effectuate a compromise between Arizona real-tors, bankers and homebuilders over the scope and reach of the statutes—an issue that previously had sharply divided these groups.